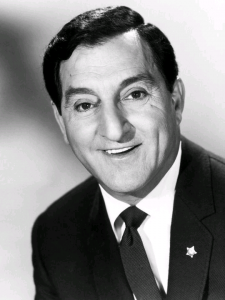 It began when a young, jobless Danny Thomas, who sought guidance from St. Jude Thaddeus, the patron saint of hopeless causes. If the saint pointed to the path he should take, Danny vowed to build a shrine in his name. Success followed Danny’s plea and he became a legendary actor with the result, St. Jude Children’s Research Hospital. Officially, it opened on Feb. 4, 1962,
in Memphis, TN, a place his mentor Cardinal Samuel Stritch, had recommended.

The hospital treats childhood cancer and other life-threatening diseases which, when it started, the survival rate was 20% and now has increased to 80%. Danny Thomas was determined to remove the burden of treatment costs and so began a fundraising effort with his wife, Rose Marie, and crisscrossed the US to fulfill this objective.

Today, parents still do not receive a bill for treatment, travel, housing or food because Danny believed they should only worry about helping their child live. Danny died in 1991, but his legacy lives on with great strides in research. Contact: 202 Danny Thomas Place, Memphis, TN 38115

Dear Supporters:
We are living in a time of violence, racism, misinformation, divisiveness, pandemic fear, and compromise of freedom with leaning to a socialism country. Unfortunately, these behaviors impact government, education, the medical profession, and even religion. It is important to remember that these trends existed nationally before and eventually, Judeo-Christian values will be restored, and America will be great again. As former Pope John Paul II, now a saint, said in response to 9-11, “I plead with you – never, ever give up hope, never doubt, never tire, and never become discouraged. Be not afraid.” God Bless!

Yes, I want to make a difference!

You may contact us or send donations to the address below.